Der Beweis für Dinge, die nicht gesagt wurden is an interactive public installation which deals with racism in every day life.
Our team of three people (Shervin Afshar, David Brunnthaler, me) installed a telephone booth on the Nibelungenbrücke, Linz. It rings from time to time asking passers-by to pick up the phone. If they do so they may listen to a report of a racist incident which happend somewhere in Austria.
The reports are recorded and published every year by ZARA (www.zara.or.at), an anti-racism organisation based in Vienna.

The project took off in a university lecture, but soon became a full time stand alone project. The conceptual phase started October 2009 and the final piece was installed and released for public use 27th August 2010. It will run until midth of December 2010.
Racist incidents in public space – statistically the majority of all the racist incidents – are an undeniable aspect of life in countries with high ethnical diversity and those which are facing immigration from other parts of the world.
These incidents remain mostly invisible to public and are rarely thoroughly documented. Thus these strong personal experiences stay inaccessible to the public conscious.
A phone-booth according to its functionalities, forms a capsule of privacy in the middle of public space. Therefore it bears symbolic meanings to circumstance in which the racist encounters as private experiences in public may happen.
The project’s aim is to bring these incidents into the awarness of the public and give the involved individuals a voice. However, the project does not try this in any intrusive way, to prevent any disabusing atmosphere. The only method of experiencing the piece is to take action all by yourself.

daStandard Article – daStandard.at
an online sub-section of Der Standard which focuses on subjects of migration 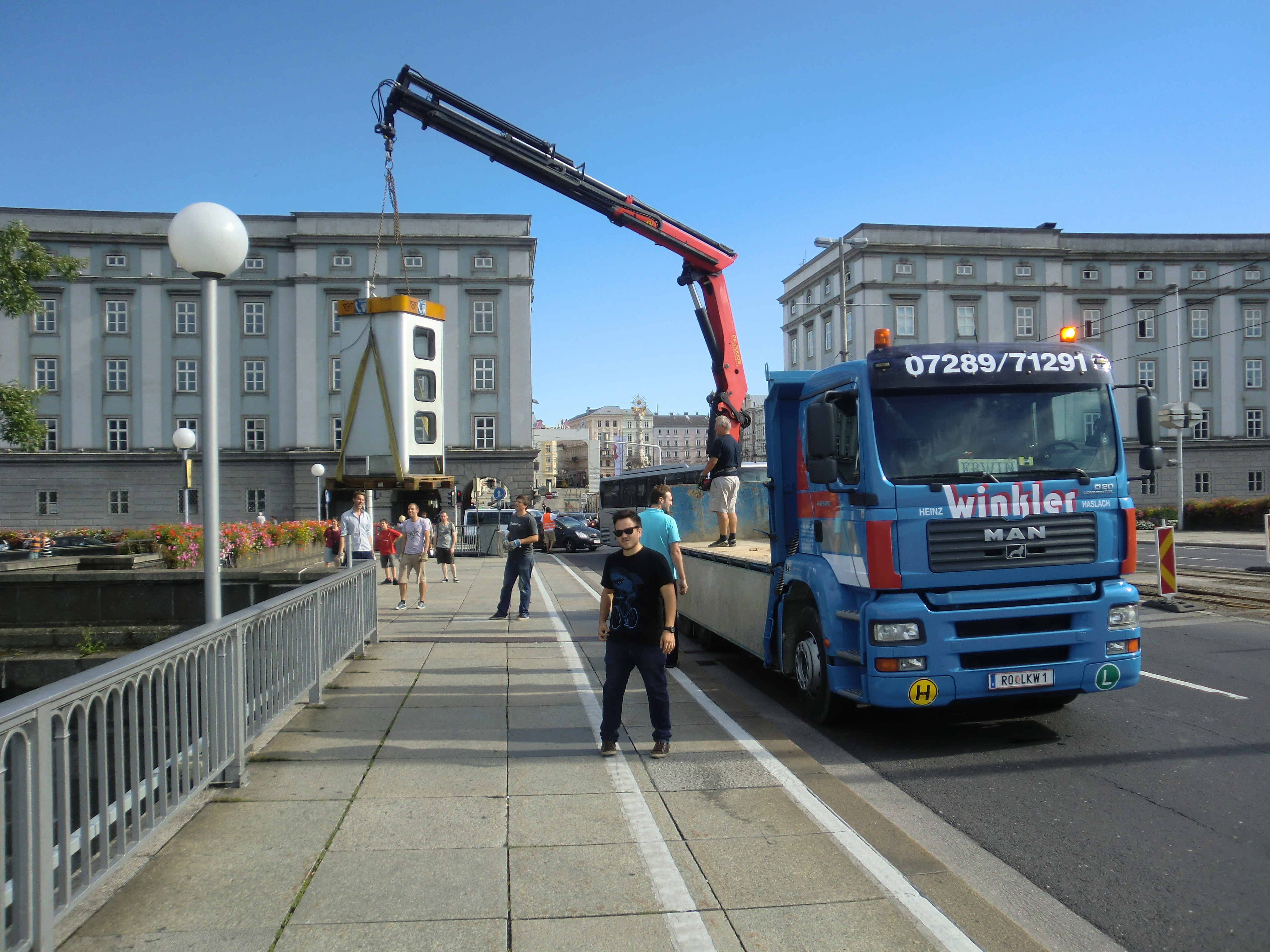